You are here: Home / Sport / Come on, try triathlon! 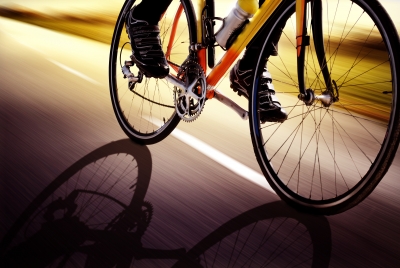 Have you ever considered participating in a triathlon? Well, the Albury Wodonga Triathlon Club have commenced their 2016-17 calendar; many people are in training mode, and you could be too!

Triathlon is a fantastic sport. There are three different sports involved; swimming, cycling and running, which means you are not stressing one body system for a long period of time. Many people who get involved in triathlons tend to come from a heavy running background. Road running especially can put a lot of load through your joints, hence why you can tend to develop aches and pains. Triathlon training can be a lot of fun due to the variation. You will find that you are putting in more “training” hours, but those training hours aren’t as taxing on the body, as the swim and ride are both low impact sports. It is a great way to develop fitness.

Swim: For a lot of people the swim can be the most daunting part of the event, especially an open water (lake/ocean) swim. Rest assured if you are intending on competing locally, the swim leg is fully supervised, with support crews on the water with you. It takes good technique and grace in the water to be able to gain fitness as a swimmer. The development of a strong kick is an important factor to a faster swim.  This can be practised using a kick board in the pool.

Ride: Many of the local triathlons are a non-drafting event, meaning that you cannot ride in a pack. Hence it is important to develop individual strength and speed by developing quad and glute strength in particular. Miles in the legs, especially on hills is a good way to develop strength on the bike. If time is not on your side, don’t forget that strength can also be developed with exercise. Any variation of the squat, especially a resisted squat, will target the muscles required to maintain speed up and down those hills.

Run: The run is often the final leg of most triathlons. It is therefore important to learn to run when fatigued. Your legs will feel heavy and tired for the first part of the run. An important tip- don’t stop running as walking doesn’t make them feel any better. Focus on lifting your legs or driving your knees up, and you will find you automatically start to take longer steps and run faster. A good way to train is to follow a bike ride or swim with a run, to learn how to run with heavy legs. Also remember that having a strong core is always an extremely important part of being a successful runner.

Muscle hypertrophy, building you up a size!