You are here: Home / Sport / Cool off burning goals 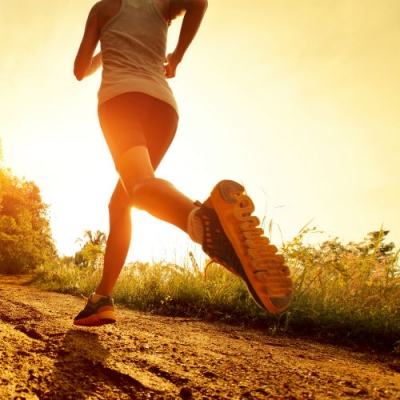 It’s that time of year again, where we commit ourselves to a New Year’s resolution.

For many of us, these goals are orientated around fitness and health. You may have noticed with previous New Year’s resolutions that the first couple of weeks are easy as your motivation levels are high and you want to lose the festive kilos. We often go into the year with plenty of energy and sometimes we can overdo it. Injury and the effects of the heat can make us fall into our old habits and our goals get put on the back burner until the next year.

Exercising in Albury’s summer heat can be enough to put even the fittest of people off exercising. Building a tolerance to the heat is just like anything else; you need to gradually and progressively expose yourself to it. You wouldn’t climb Everest without first training in altitude so why do we attempt running on a 35 degree day if we’ve never done it before? By gradually exposing yourself to the heat, the body makes adaptations so that it can deal with the heat better next time.

Try exercising in the coolest parts of the day-either early in the morning or late in the afternoon.

Exercising in the middle of the day can put you at serious risk of dehydration and heat stroke.

Drinking plenty of water is also important in this hot part of the year. Dehydration negatively effects performance but can also pose a major risk to your health. For any usual day the average adult should aim to drink at least two litres or eight glasses of water a day. In the heat we need to drink more than this, particularly when we are exercising. It is essential to be well hydrated before, during and after exercise. Every person is different and so will require different amounts of water.

A good way to estimate how much you need to drink after exercising is to weigh yourself before and after activity. You should aim to drink 150% of the fluid you lost during exercise over the next 2-6 hours following the activity.

Sports drinks can be effective as they encourage quicker consumption of water due to their sweet taste. They also contain carbohydrates which can replenish energy stores. Plain water should always be your main source of fluids and I wouldn’t recommend having any more than one sports drink in a day.

So this year, stick to your goals by gradually introducing yourself to exercise, set yourself some short term and long term goals so that you don’t lose motivation and most importantly, stay safe in the sun this summer.

The Sheer Fun of Sport
Scroll to top