How to prevent the dreaded ACL injury

You are here: Home / Sport / How to prevent the dreaded ACL injury 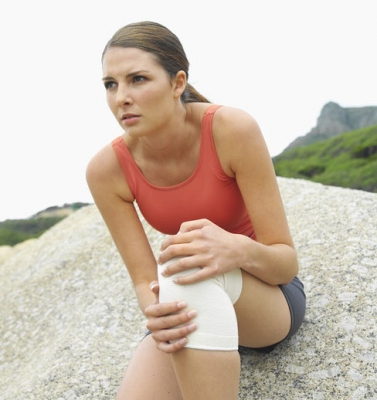 Three letters no-one wants to hear. ACL. It’s the injury no one wants, though it is all too common in many of the popular sports on the border.

The recovery is typically lengthy, and surgery is usually an option, especially for young people, and those keen on returning to competitive sport. The injury is more common in women than men, with an estimated two to eight times increased risk of injury.

The Anterior Cruciate Ligament is a ligament inside the knee joint, named because it runs from front to back. It forms an ‘X’ with the Posterior Cruciate Ligament (PCL). It provides stability to the knee joint, basically preventing the femur (thigh bone) from sliding backwards on the tibia (shin bone). Depending on the position of the knee, the amount of force that is put through the ACL changes. The ACL is most loaded when the knee is slightly bent at approximately 30 degrees.

Most ACL injuries have a similar mechanism of injury known as a ‘pivot-shift injury’. The athlete accelerates or decelerates while changing direction through a slightly bent knee. This usually occurs whilst dodging or chasing another player. These injuries are usually free of contact, although not always. Usually the player reports hearing or feeling a ‘pop’, followed by immediate swelling of the knee. Complete ruptures may be very painful initially, but are quite often pain free by the time the athlete has left the field.

If opting for reconstruction surgery you are committing to a lengthy rehab process. Traditionally the recovery from ACL reconstruction and return to sport has been in excess of 12 months. Modern surgical protocols have cut this time to as little as six months. However the most recent research suggests that the chance of re-rupturing the new ACL is reduced by 51 per cent for each additional month until nine months post-op. In one study, return to sport at five months or less resulted in a 100pc rate of re-injury.

The good news is that prevention is possible. In a recent two year study of 5000 female soccer players aged 14-18 years the group that participated in a simple preventative exercise program known as ‘Prevent Injury, Enhance Performance’ or PIEP had a rate of two ACL injuries versus 32 in the control group. That is an 80pc reduction in injuries. The study was later re-tested, this time with a 75 per cent reduction in ACL injuries.

If you or someone you know has suffered a knee injury, and is worried about swelling, pain, or instability, don’t hesitate to book an appointment with your physiotherapist – a detailed knee assessment is as good as MRI in up to 90% of cases.

Sore joints in winter? You’re not alone
Scroll to top