Men’s Health- Something to talk about

You are here: Home / Lifestyle / Men’s Health- Something to talk about 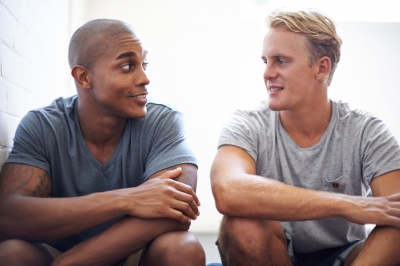 June 12 to 18, was designated Men’s Health Week in Australia, and the theme for this year was “Healthy body, healthy mind: Keeping the balance.”

The aim was to explore and educate on the lifestyle choices men and boys make which positively influence both their physical and psychological health.  With this emphasis on men’s health some of us may be thinking aren’t men ok? The answer in many cases is no.

According to the Australian Bureau of statistics, a boy born in 2010 has an average life expectancy of 78 years, 4.3 years shorter than female counterparts.

From the beginning of life boys suffer from more illness, more accidents and die earlier than females. Men also commit suicide at a rate four times higher than women, which equates to on average five men a day in Australia.

Additionally, men from Aboriginal and Torres Strait Islander origin, refugees, and men of a lower socioeconomic standing are even more likely to suffer from health problems.

Globally alcohol kills almost six times more men than women, and whilst men make up 56 per cent of the workforce, 94 per cent of workforce fatalities are male. Eighty per cent of spinal cord injuries occur in men, 70 per cent of developmental and learning disabilities affect boys, and men have an increased risk of dying from diabetes, liver and heart disease than women.

Our challenge is to educate and empower men, as only 30 per cent of a man’s overall health is determined by his genetics (A Roadmap to Men’s Health, 2010).

Men’s Health Week is designed to bring these important issues into focus, and create an open conversation among men, their friends and families, on how we may address these vital concerns.

Exercise is a fantastic way to offset many of these problems.  As a physiotherapist with a keen interest in men’s health I understand that getting started is often the greatest challenge. Identifying and managing barriers to exercise is an investment in your and your family’s future.

We know inactive men are 60 per cent more likely to suffer from depression than those who are active. Adequate sleep and nutrition are also vital, and curbing your alcohol consumption is beneficial – more than 10 drinks a week more than doubles your risk of type two diabetes (Men’s Health Canada).

Something as simple as walking for 30 minutes a day, if undertaken by all males, would reduce the incidence of heart attacks by 37 per cent (makehealthynormal.nsw.gov.au).

Identifying environmental and social factors that contribute to men’s health is so important in creating a younger generation that will optimise their future, and creating positive environments and mindsets to address these issues is vital for our society.

So it may be time to begin a conversation with your family, friend, GP, physiotherapist or trusted health professional.  Generational change takes time, however the first steps, no matter how small, can begin to improve health outcomes for a brighter future for all men.

Why not feel younger?
Scroll to top