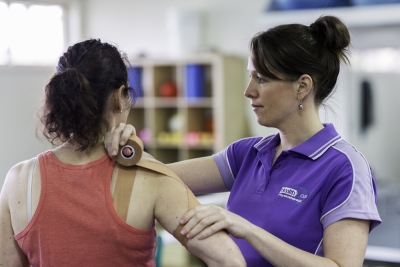 Our thirst for instant gratification, fuelled by social media and social pressure, continues to grow. We seem far less patient and more demanding in our busy lives to pack more in and receive information and stimulation at the press of a button.  This view of the world has extended into how we watch and participate in sport.

Many sporting bodies have looked to how they can engage the public to satisfy this demand. While there is a constant wrestle between the traditionalists and the new age mavericks, there have been a number of sporting variations that have been born.  Fast 4 tennis, Hockey 8’s, Fast 5 Netball, Rugby sevens and Twenty20 Cricket are some the new formats that have resulted from this thinking aimed at shorter formats, faster games less downtime and generally more action.

Twenty20 cricket is arguably the most successful of this new sporting genre. It has seen a massive following at a domestic level with the Big Bash League and has even challenged cricket and its athletes to commit to one format of the sport over traditional forms.  While the Rugby sevens at the Olymics and the recent Fast 5 Netball World Series has caught the imagination of the public and provoked much discussion.

The change in formats had led to an increase in intensity of competition and with that an increased, or at least altered, injury risk. As sports have decreased in duration a common misconception is that a participant is not required to be as “fit” to compete.  Of course fitness is a general term and has many components such as strength, power, endurance and flexibility.   While a shorter format may require less endurance or aerobic capacity, it will invariably place an increased demand on power and strength.  Consequentially muscle strains, particularly hamstring and calf injuries are on the rise.  The reason is not just the increased demand of the game directly, but also that in many cases athletes are training in similar ways that do not prepare their bodies for the altered physical load.

As sports are intensified the opportunity for recovery decreases. There are fewer players in some cases, less time between points and a general requirement to keep the game moving by both team strategy and match adjudicators.  This encourages players to reach fatigue levels far earlier than they otherwise may have.

At the elite level where sports science is of paramount importance, training formats are particularly specific to athletic demand. This is a challenge when training athletes who participate in various forms of the same sport.  Often at this level any minor tweak of a training load that has been common for an athlete, or group of athletes, over a substantial period, can lead to a sudden injury trend such as foot stress fractures, knee tendon issues or hip complaints.  To a lesser degree this is also the case for the weekend, or weekday, warrior.  Our bodies adapt to certain routine of training or activity.  Any increase in demand that changes this will increase injury risk.  We need to look at the demands of the chosen sport and incorporate activities in our exercise or training schedule that will prepare us for this and decrease the injury risk.  There are publications that can highlight common injury risks for sports.  There are also many health professionals that can assist you to recognise these, your deficits and assist to implement programs to mitigate this risk.

Its Worth the Weight
Scroll to top